Deficient nutrition of the Swiss population

The sixth Swiss nutrition report (2012) states that more attention should be paid to the iron supply of the Swiss population. Cereals, vegetables and meat are the most important sources of iron. However, iron in meat will be better absorbed by the body than iron from cereals and vegetables.

In a meat-based diet, part of the iron is ingested from heme iron and part from the rest of the food. Meat heme iron is more absorbable to the body than the vegetable form of iron. According to the latest recommendations from the USA, vegetarians should therefore have 1.8 times more iron in their diet than if they were fed meat. At the same time it has to be said that the iron level of vegetarians hardly differs. The reasons for this are unclear, but may be related to the fact that vegetarians often consume more whole grain products, seeds and iron-rich vegetables.

How does iron deficiency manifest itself?

The following symptoms may indicate an iron deficiency:

With Veroval's self-test "iron deficiency" you can quickly and safely find out whether the aforementioned complaints can be caused by an iron deficiency. All you need is a drop of blood from your fingertip and 10-15 minutes.

Products to assist with iron deficiency

What is the daily iron requirement?

The German Nutrition Society (Deutsche Gesellschaft für Ernährung) states the iron requirement for men as 10 mg/day and for women as 15 mg/day. However, the digestive system can normally only absorb 10% of this and a maximum of 5mg. During pregnancy or with an existing iron deficiency the absorption rate increases up to 40 %. If there is an oversupply, it drops to 5 %. 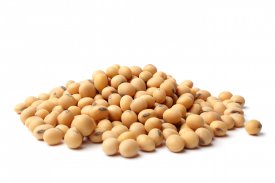 How many milligrams of iron do our foods contain?

Tip from the pharmacist

What promotes the absorption of iron in the body?

Vitamin C helps the body to absorb iron better. Other organic acids such as malic acid, tartaric acid and citric acid are also known for their positive influence on the intake of iron.

What inhibits the uptake of iron in the body?

Tannins, which are present in both coffee and black tea, inhibit the absorption of iron in the body. It is also known that unknown substances in eggs as well as stomach acid reducing drugs (so-called antacids) reduce uptake.