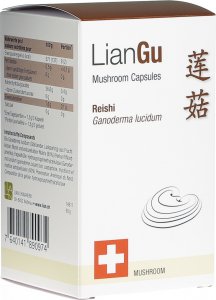 Like all products of the LianGu line, LianGu Reishi fulfils the highest biological and qualitative demands. The entire life cycle of a fungus is included in the production of LianGu products. This includes the fruiting body, mycelium, spores, primordia and extracellular matrix. Thus all important ingredients are contained in concentrated form.